What can Hitta Slim help you with?

Hitta Slim can be your MENTOR. He's been in the music & enterntainment industry for years. He works and collabs with artists such as E-40 & Andre Nickatina. He has the resources and experience to help you with the following things below: 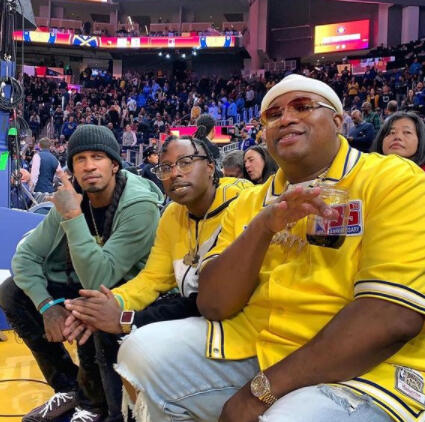 Larry Dawson, better known by his stage name Hitta Slim (formerly known as The Legendary Laroo), is an American rapper and singer from Richmond, California. He is signed to E-40's Sick Wid It Records and is the founder and CEO of Timeless Master Entertainment. Raised by a single mother of two in the Bay Area, Hitta attended De Anza high school and Kennedy high school in Richmond where he got heavily into hip-hop. Inspired by a close friend with a passion for the artform, he moved from being an avid listener of influential artists of the time like Tupac and DJ Quik to spittin his own bars and rocking talent shows and freestyle cyphers soon after. Despite his noticeable talent, a record deal opportunity while he was still a teenager shocked the young rapper: “It was completely unexpected for me because, you know, I was just your average kid trying to figure it out...then I rapped over the phone and played my demo through the phone...they sent me the contracts that day.” After signing his first record deal out of high school to the independent label AWOL Record (home to artists such as C-Bo) he made several guest appearances, most notably on several of fellow Bay rapper E-40's chart topping studio releases. He was recently featured on E-40’s Practice Makes Paper album (“I Don’t Like Em”) and exclusively released the visual for the playful Bay anthem “Dog Lane” on Thizzler. He is well known for collaborating with artists such as Trina, Too $hort, IAMSU, Nef The Pharaoh and Omb Peezy and was signed to E-40’s Sick Wid It Records after his deal with with AWOL ended. Hitta Slim is currently releasing new singles exclusively under his new name (which used to be reserved for his alter ego as a DJ), most recently dropping “Highlight Reel” along with a visual which he had a hand in directing. Despite being a veteran of the rap game in many respects, a newfound energy inspired partly by his noted healthy lifestyle is keeping his music fresh and his hunger for success strong. As Hitta Slim has explained, “Now I feel like my music is more on a reality level where you gotta just kind of be true. It’s not about being a character anymore, it’s about being authentic to myself.”